Young Adventurer of the Year

Sam Mitchell may have grown up in a small country town of Orbost, Eastern Victoria, but at just 22 years old, he has already achieved big things. In 2016, Sam became the first person to traverse Australia’s most challenging 4WD tracks, the Canning Stock Route (CSR) in Western Australia, by electric ‘fat bike’. Behind the bike he towed a trailer fashioned from an old trampoline, panels and battery which carried his provisions and emergency equipment. A champion of sustainability and a true adventure-seeker, the CSR journey was not the first of Sam’s solar-travel quests. At just 16 years old, Sam built the first solar-powered tricycle out of recycled scrap and junk from a tip and at 18 years old, put his invention to the ultimate test by cycling over 18,000km around Australia in eight months.

What was your reaction to receiving the Young Adventurer of the Year award?

A bit surprised at first, it’s definitely not the kind of thing you think about when you first start planning, setting out on, or returning from a trip. When the Society told me I would be receiving the Young Adventurer award, I looked at some of the past winners and couldn’t believe I had actually won it! There are so many amazing past winners who have done such incredible things – so I’m in great company!

What was your most recent adventure? Tell us about it.

In 2016 I rode the Canning stock route on a solar powered electric fat bike. The Canning is probably best described as 1800 km of corrugations and sand dunes threw the middle of… no-where! The historic stock route, now 2 very well-worn sets of wheel tracks, runs from Halls Creek (technically old Halls Creek) about 700 km west of Broome, and Wiluna, roughly 500km north of Kalgoorlie.  There is one community about half way along, with a tiny population of about 100, but that’s about it.

The journey is about a three-week drive in a 4WD. The route had 51 wells dug to feed travelling stock, but many have fallen into disrepair and are now just shallow dry pits. the remaining or restored wells provided water for the ride, and made it do-able. Without these wells an unsupported crossing of the stock route would not have been possible for me.

I modified an Ezee E-rex to have two-wheel drive, built a trailer to carry solar panels out of an old trampoline frame, added some extra batteries and set off on my adventure. For a gear/ bike/person warm up I rode over to Halls Creek from the east coast. The Canning itself was a real challenge, I got really good at dragging a trailer up sand dunes!!!

I expected the stock route to take around 30 days but ended up spending 50 days out on the track.

What was the defining moment that you decided you were going to spend your life filled with adventure?

I don’t think there ever was a single defining moment… My life is always filled with adventure and I’m sure it always will be!  As a kid I was always doing little adventures with varying levels of success, some bigger than others. Going out and doing things in the bush was just sort of a normal thing to do. But I definitely have many periods in my life where I don’t do anything remotely adventurous.

Who inspires you the most?

It’s hard to just name just one person. I definitely don’t have a list with rankings. When I was in year 9 I had to write about this and I said Jessie Martin. I had read about Jessie sailing around the world as a teenager, which was inspiring from a ‘people doing spectacular things’ point of view. I also wrote about my friend Sharon, who really inspired me with her appreciation of the good things in the world, her hard work, and the way she cared for people and animals.

What was the biggest hurdle you’ve ever had to cross in your travels?

Not counting getting to the start line?

Getting through the first week or so of the canning.  I was going much slower than I had hoped. The dunes where hard. The corrugations where hard. I had a very long way to go, and the next viable bail out track was weeks away. My body was not used to sand dunes, and I wasn’t mentally adjusted to going slowly. I also came off the bike track one night, getting a run up to a dune and just ended up in the scrub. Amazingly the only damage to the bike was a small tree branch in the tire, but that wasn’t a fun night.

As one of the most innovative adventurers in Australia, what advice can you give to anyone who is inspired by your feats?

Go out and do things. Even if it seems hard, or just a bit nuts.

Think about everything that can go wrong, think about how you will cope. If you’re not happy with your answer (‘what if I die’ comes up a lot), then change how you’re going to tackle whatever it is you are planning. It’s always important to have a strong and thorough risk management plan.

Where is your favourite place to travel to?

I would still say the forests of East Gippsland behind Goongerah. The quiet Errinundra and Snowy River national parks, and surrounding state forest are great. It’s a shame they have been logged pretty hard and carelessly at times. I love the deserts, and having grown up there I am biased, but the rainforests and mountains of that area are amazing.

What was your greatest moment?

What is something you have never done, that you really want to do?

I would really like to travel to Antarctica in some way sometime.

What is next for you?

Finish the (Renewable Energy Engineering) degree and work out what I am doing. Maybe do something in Renewables or Energy, roll to the rock, or some other trip. In short – no idea. 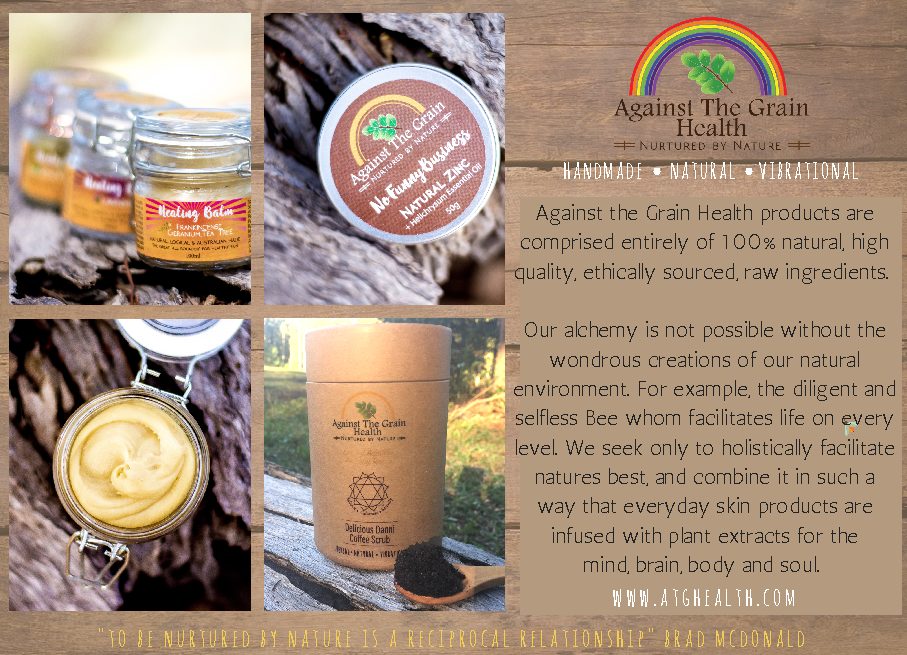 Against The Grain Health

Diving: Ladies on the Shore

Ultra Trail Australia – A Look Back