From ABC: Australian sportswomen are enjoying a moment of incredibly rare achievements. Tennis player Ash Barty and golf’s Hannah Green are breathing rarefied air, with their sports dominating the front and back pages, while Sally Fitzgibbons has put Australian surfing back at the top of the charts.

Barty’s rise to the top of the women’s tennis ranking is an extraordinary achievement. The quietly spoken, but fiercely determined young Queenslander has become the first Australian woman to hold the top spot since Evonne Goolagong Cawley held the position for two weeks in 1976.

It’s fitting that Barty has succeeded her mentor, Goolagong Cawley — the woman who advised a burnt-out teenage Barty to break from tennis and “wet a line”.

It’s become part of Australian sporting history now, that not only did Barty do some fishing, she also played cricket successfully in the Women’s Big Bash League and returned to tennis refreshed, matured and emboldened to now become the best in the world.

And there’s every chance she’ll hold on to number one for considerably longer than two weeks.

Meanwhile, Green came from nowhere to become just the third Australian woman after Jan Stephenson and Karrie Webb to win a golf major.

The 22-year-old from Perth was ranked 114th in the world before leading at every round to win the Women’s PGA Championship by one shot.

Remarkably for a woman who had never won on the LPGA tour, she is now ranked eighth this year in terms of prize money with a more-than-handy $694,000 to her name.

And Fitzgibbons is now the new women’s surfing number one after winning the World Surf League’s Rio Pro in Brazil.

Fitzgibbons has been number one before and joins a long list of Australian women to top the charts including seven-time world champions Steph Gilmore and Layne Beachley, as well as other stars of the sport, such as Tyler Wright, and trail-blazers Wendy Botha and Pam Burridge. 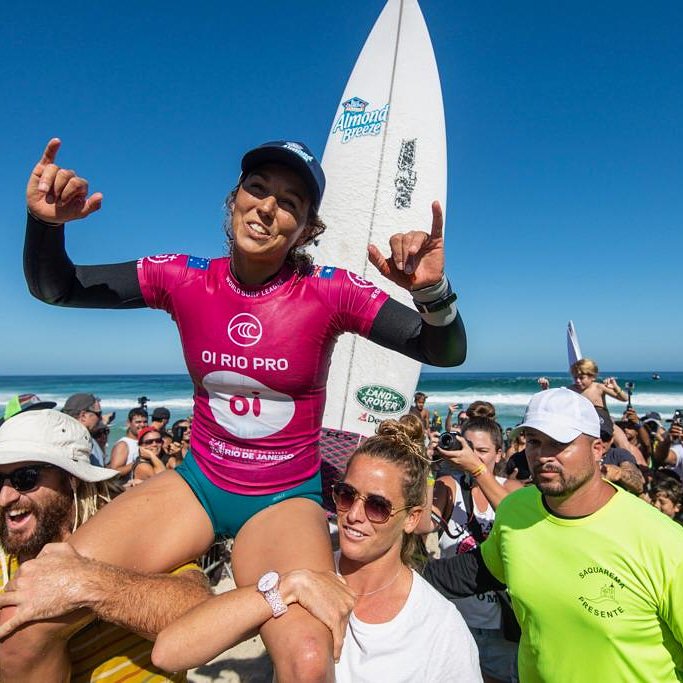 It’s a refreshing time for sportswomen in Australia who have long been fighting for equal recognition to the men.

But with recognition comes the harsh glare of the spotlight.

The Matildas went to the FIFA World Cup ranked sixth in the world and with every hope of winning the tournament with what’s been called the “golden generation” of Australia’s female players.

But the team never played to their potential under new coach Ante Milicic, who was appointed following the acrimonious sacking of Alan Stajcic in January.

Their round-of-16 loss to Norway on penalties, even with some referees’ calls going against them, belied the fact that they were comprehensively outplayed by a superior opponent.

All 4 Adventure 10th Anniversary Season: A Decade Of Dirt

Augmented Reality Headset For Cyclers May Expand To Other Sports